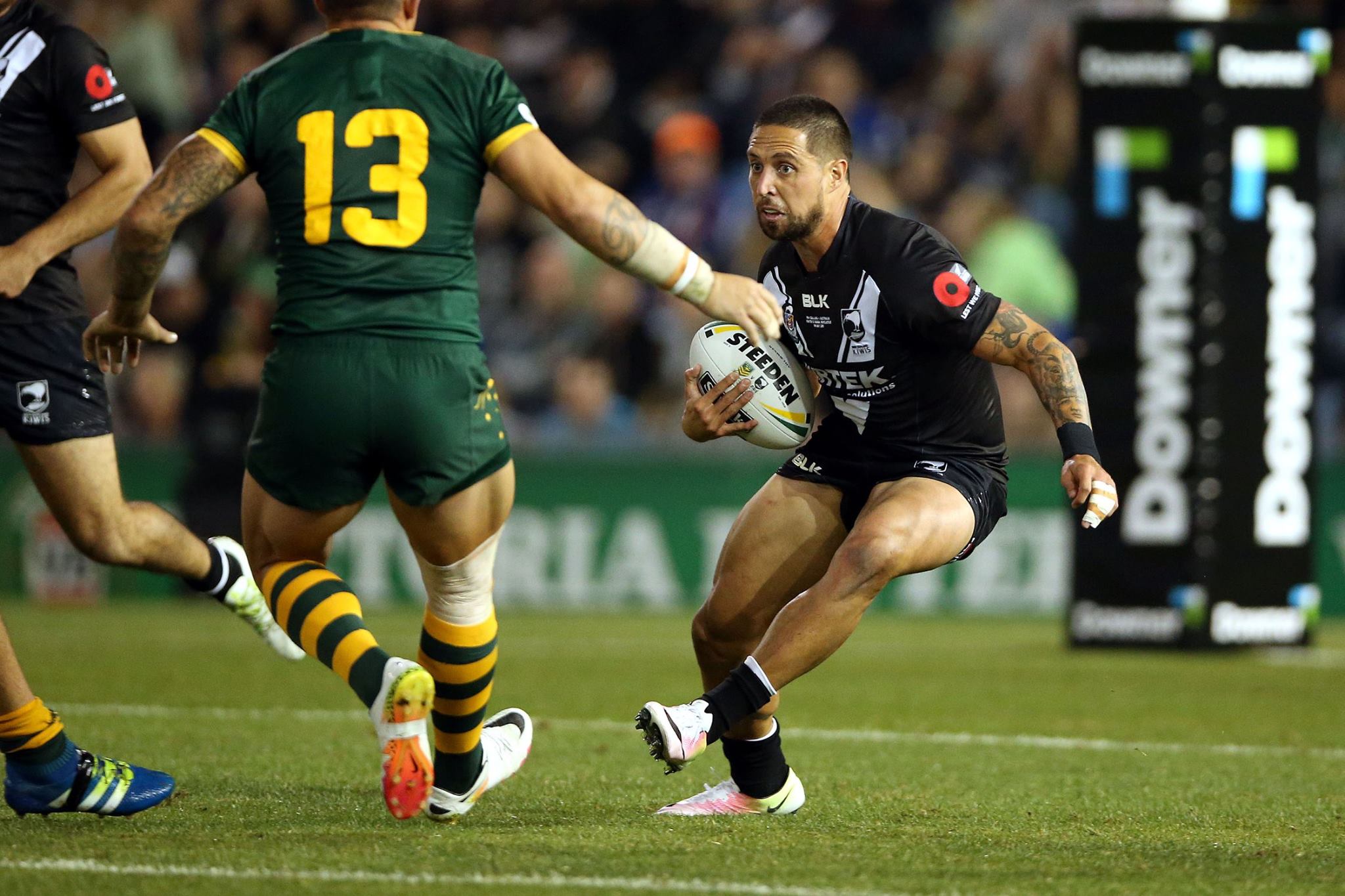 The Kangaroos have ended their three-game losing run by keeping a terribly flat New Zealand outfit scoreless in their 16-0 win at Hunter Stadium on Friday night.

First half tries to Darius Boyd and Greg Inglis proved enough to secure a Kangaroos win against an otherwise rudderless New Zealand outfit.

It was always going to be the case that a Kiwis win was going to come off the back of a brilliant Shaun Johnson performance.

The halfback’s efforts however were thwarted without a recognised five-eighth by his side – Johnson’s three errors a burden for the Kiwis come game’s end.

Misguided plays and missed opportunities were the order of the day for New Zealand, though their defence – namely in the second half – was admirable as they constantly found themselves constantly peppered by an eager Kangaroos outfit in the final 40 minutes.

Blake Ferguson’s four-pointer in the dying seconds was the only try-scoring instance in the second half.

At the opposite end of the game, Ferguson’s wing partner Semi Radradra’s first involvement as a Kangaroo ended in unfortaunate circumstances when the winger was sin-binned in the seventh minute for denying Kiwis’ Kevin Proctor the game’s first try.

Proctor looked likely to pounce on a Johnson grubber in-goal until Radradra pushed the back-rower off his likely try-scoring path.

It would have no ill-effects on the Kangaroos who managed to post first points seven minutes later when Darius Boyd opted to go himself on a backline shift.

Australia extended their lead to six midway through the first half when Johnathan Thurston kicked a penalty goal from 10 metres out in front.

The 32nd minute won’t be looked fondly upon by Tohu Harris anytime soon. A failed intercept by the Kiwis centre handed the Kangaroos another set 20 metres out from his team’s try-line. Only a few tackles later, Australia centre Greg Inglis find himself enough space to palm off Harris again in defence and cross for his 28th try as a Kangaroo.

Inglis was denied his second of the match three minutes from half-time when a Dallin Watene-Zelezniak error in the lead-up was caused by a high shot from Thurston.

A late shot from Sam Moa on Thurston was the impetus behind the Kangaroos’ next point-scoring play, a penalty goal from Cameron Smith in the 44th minute, which pushed the lead out to 12.

Ferguson’s try then sealed proceedings for a Kangaroos victory.

While his four Broncos teammates will be happy for the Kangaroos win, New Zealand’s Adam Blair being placed on a report for a chicken wing tackle midway through the second half could cause plenty of angst among the quartet.