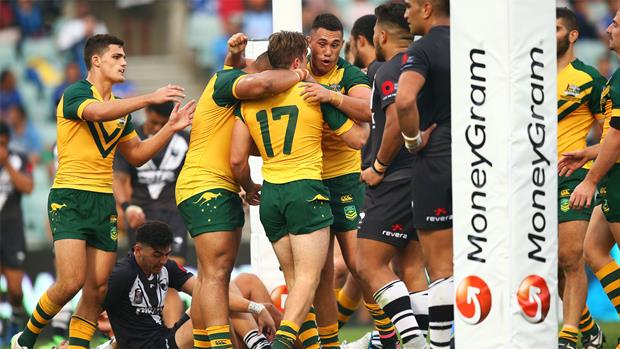 The Junior Kangaroos have made it back-to-back wins over the Junior Kiwis with a convincing 34-20 victory at Pirtek Stadium to kick off Saturday’s festival of footy.

The game’s future looks in safe hands as players from both teams combined to put on a highly entertaining spectacle in front of a colourful and noisy crowd.

Jaydn Sua was named man of the match after running for a game high 212 metres, continuing his incredible start to the year for the Broncos.

Australia’s halves both produced solid kicking games but they were slightly upstaged by Kiwis No.7 Ata Hingano who scored a double, while Brandon Smith made three line breaks from dummy half.

A penalty for an ugly tackle on Kangaroos prop Tevita Pangai Jr in the 12th minute put the hosts on the attack and three plays later his front-row partner JJ Felise barrelled his way over from close range to open the scoring.

It was a solid opening for the big men with the try scorer running for 76 metres in just 20 minutes while the three Test veteran made 59 metres and produced two offloads.

The Kiwis had a chance to launch an attacking raid via their first penalty of the game but failed to find touch thanks to some unbelievable work by Brian Kelly who showed incredible awareness to keep the ball in play.

It was a moment the Kiwis would regret as a penalty to Australia put them straight back on the attack, allowing the Panthers pairing of Nathan Cleary and Dylan Edwards to combine to send winger Curtis Scott over in the right corner.

The Junior Roos had hardly been tested in the opening exchanges but were soon put under the pump after a couple of misdemeanours helped march the Kiwis downfield.

It was an opportunity the visitors would take with both hands as Bulldogs Intrust Super Premiership fullback Brad Abbey showed off his ball-playing skills with a gem of a pass to send Newcastle’s Ken Tofilau in to score out wide.

The New Zealanders had suddenly found their feet and were nearly in again as back-up hooker Nathaniel Roache sliced straight through some tiring Australian defence.

His terrific build-up play wouldn’t go to waste as Hingano threw a dummy close to the line before carrying three would-be defenders over to narrow the margin just before half-time.

Nathan Cleary’s boot was the only thing that separated the sides at the break, with the Penrith halfback lamenting his team’s sloppy end to the half.

“We tried to get a bit too fancy,” Cleary conceded to Fox Sports commentator Andy Raymond as he left the field at half-time.

Kangaroos coach Justin Holbrook wouldn’t have been pleased with his side’s start to the second 40 as they coughed up the ball from a 20 metre tap, but his mood would have improved considerably seven minutes later as a fortuitous try helped extend the lead.

A kick from Roosters NRL rookie Connor Watson ricocheted off Abbey straight into the arms of late inclusion Brian Kelly who spun through an attempted tackle to get his name on the scoreboard.

Watson then did it all himself three minutes later with a hit-and-spin to show just why the Tricolours promoted him to the first grade squad to make it 22-8.

Keen to drive home the advantage, Holbrook sent Pangai back out to cause more damage, and the move almost worked with the Broncos powerhouse breaking the line with his first touch before turning over possession with a forced offload.

It would proved to be a costly error as a kick from Hingano wasn’t handled by Kangaroos fullback Dylan Edwards, allowing the Kiwis halfback to regather and score his second. Third choice kicker Jamayne Isaako stepped up to make it an eight-point game with 23 minutes to play.

The comeback looked on as No.9 Brandon Smith broke clear for the second time only for his pass to be put down by a flying Roache. It would be yet another turning point as the Aussies took full advantage to score their fifth try through classy five-eighth Nathan Cleary.

Controversy then struck as the Kiwis were denied what would have been the try of the afternoon.

An inside ball to Abbey put the No.1 in space before he somehow wedged the ball behind his back, offloaded to Hingano who passed while falling to the ground to send Isaako over only for the bunker to rule obstruction in the lead up.

The game was finally put to bed seven minutes from time as a break instigated by a Kelly kick return ended up with his inside man Robert Jennings doing a 360 spin to score his second try in as many years for the Junior Roos.

Pangai was denied what would have been a fairytale try in his third and final Test for the Roos before Siosifa Talakai barged over to end the scoring.

The only concern for the Junior Roos was late injuries to Edwards and Felise who were both forced off in the 68th minute. 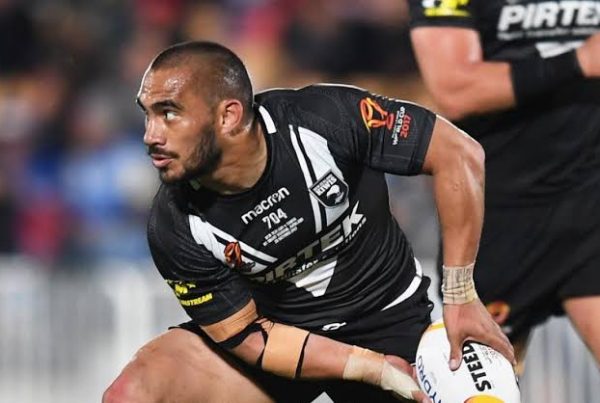 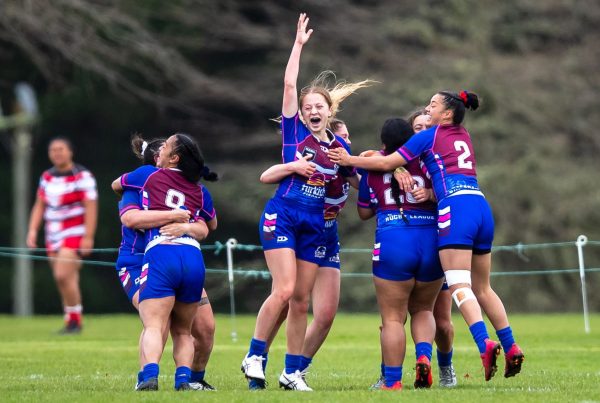