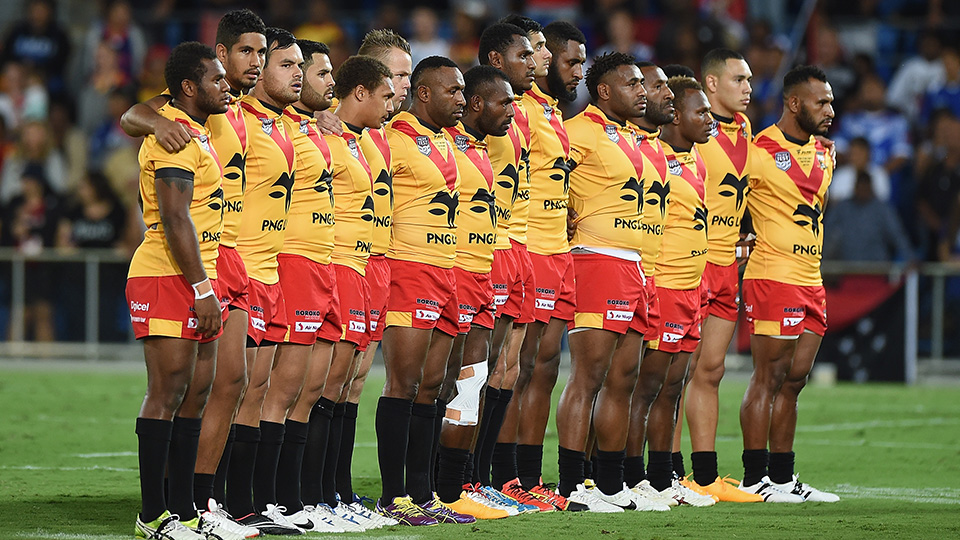 The PNG LNG Project is proud to be the major sponsor of the PNG LNG Kumuls, PNG’s national rugby league team.

ExxonMobil PNG Managing Director Andrew Barry said the PNG LNG family will be cheering on the PNG LNG Kumuls when they take on Fiji Bati, under the mentorship of national coach, Michael Marum next weekend in Sydney.

The Sydney Pacific Test is an important lead-up game for the PNG LNG Kumuls as they prepare for the Rugby League World Cup in 2017.

“We congratulate the players who have been selected to play for the PNG LNG Kumuls. We believe the Kumuls players have an important leadership part to play as ambassadors and role models, to have a positive influence on Papua New Guinean youth in particular, and we are pleased to contribute to their success. We will be cheering everyone on to victory.”

“The partnership between the Kumuls and PNG LNG brings together two organisations that are committed to the values of teamwork, respect, personal integrity and excellence,” concluded Barry.