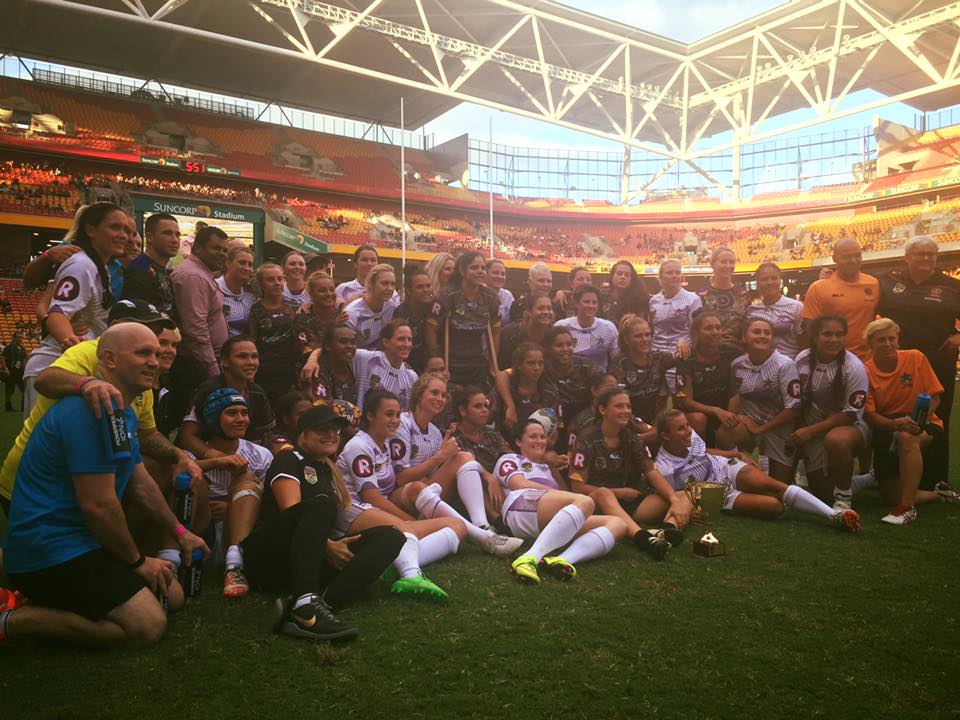 Experience wins out in Women’s All Stars clash

The experience of the Women’s World All Stars team once again proved too much for the Indigenous all Stars, running out convincing 24-4 winners in the women’s clash at Suncorp Stadium on Saturday.

Jumping out to a 10-all lead in the first quarter, the Women’s team had to wait until the third quarter before scoring again, back-to-back tries to Shanice Parker and Sam Bremner putting the result beyond doubt heading into the final term.

Indigenous All Stars debutant Simone Smith brought the growing crowd to their feet with a burst into the Women’s All Stars 20-metre zone in the fourth quarter but spilled possession trying to get a pass away close to the line.

On the back of a big run from Jillaroo Latoya Billy the Indigenous team finally crossed for their first try 11 minutes from full-time courtesy of a well worked blindside play that saw Elizabeth Cook-Black dive over in the corner.

Emma-Marie Young produced one of the highlights of the game with an absolute bell-ringer on Jillaroos captain Steph Hancock when Hancock seemed certain to score right underneath the posts with further desperate defence preventing Annette Brander from scoring wide out with five minutes left to play.

The Women’s team scored their fifth try of the night on the back of a bullocking run from Kezie Apps, an offload opening up space for Ballinger to score her second of the night.

Winger Chelsea Baker sliced through the Indigenous defence in the third minute and raced 70 metres to score under the posts with prop Heather Ballinger barging her way over to the left of the posts four minutes later.

The Indigenous team had much the better of the second quarter but were unable to come away with points, penalties for incorrect play the balls cruelling two attacking opportunities deep inside the Women’s All Stars half.

West Australian Shanice Parker scored in the corner from a well worked backline movement 10 minutes into the third quarter to extend the lead to 14-0 and then a clever inside pass from player of the match Maddie Studdon three minutes later put Sam Bremner on an arcing 20-metre run to the tryline.