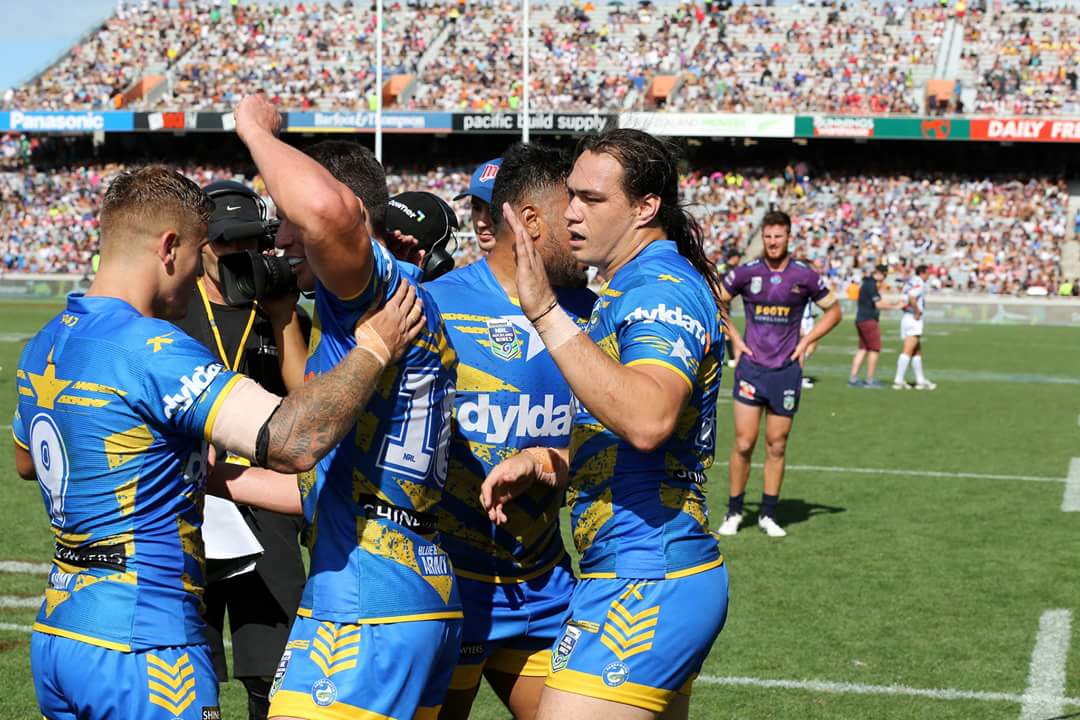 A beautifully executed Nines effort by the Eels combined with a profligate and undisciplined effort by the Warriors has handed the Eels a thumping 22-4 win in the 2016 Downer Auckland Nines final.

Young star Bevan French scored his eighth try of the tournament and prolific winger Semi Radradra his sixth in the rousing win in which the Warriors struggled to get out of their end, let alone threaten the Eels consistently.

Shaun Johnson’s short kick-off to start the game was handled by the Eels and when a spiralling midfield bomb on the last from Luke Kelly floated past the last line of defence and shot into the in-goal, tournament top try-scorer French was on hand to make it 7-0 under the posts just 90 seconds in.

A Corey Norman short side chip on the last tackle the next time the Eels got in range was meant for Radradra but bounced awkwardly for everyone and almost led to a try but ended up forcing the Warriors into a drop out. Those two men combined shortly after though when Norman stood in a tackle and fired a cut-out to his unmarked winger and make it 11-0.

Star Warriors recruit Roger Tuivasa-Sheck – who’d had a surprisingly quiet tournament to that point – chose a good time to find his footwork and shimmy through the Eels line to race away and score untouched, though it only got the score back to 11-4.

The crowd were incensed when the officials missed an awful forward pass from Ryan Morgan and the call became telling when the Eels forced a drop-out to end the set with a minute to go in the half, though a little piece of football karma saw the Eels spill the drop-out and the Warriors went to the break without further damage.

A miscommunication between Johnson and Henare Wells from a towering Kelly kick-off rattled Johnson and handed the Eels an immediate attacking chance to start the second half. A good Kelly short ball was spilled by Tepai Moeroa with the line open, to the relief of the crowd.

Winger Henare Wells threatened to chase through on a kick to score but looked to strain a hammy in the process and had to leave the field. A Moeroa line break set the Eels back on the attack and they spread it right where Vai Toutai barged over out wide to make it 15-4.

A Warriors error soon after gave the Eels another attacking set and a beautiful Kelly pass set up a try on a platter but Radradra fumbled with the line beckoning.

More poor handling from the Warriors gave it back to the Eels and this time some lovely play from Norman to get into space then offload sent Cody Nelson over for a bonus zone try to seal a 22-4 win.