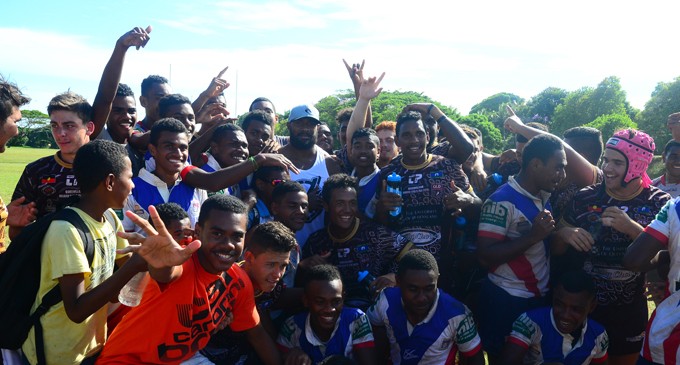 The Queensland Murri Under-16 team has started their tour of Fiji with a win, defeating the Davuilevu Knights 46-16 in a friendly game played at the USP ground in Suva on Tuesday.

The match was the first of two games the Murri team will play as part of their development tour throughout Fiji.

Commenting on his team’s performance against the visiting team, Davuilevu Knights manager Adriu Nabose told the Fiji Sun how grateful the team was to have the opportunity to play the Queensland representative team.

“I’m happy with the performance and we’ve learned many things all along the way.”

“This is a good build up for us for next season, especially on running lines and defence.”

“Next year we will try to expose our U13 and U14 teams to this kind of International games.”

“We would like to thank the Fiji National Rugby League for giving us the opportunity to play against the Queensland Murri and we’re planning an overseas trip to give the boys the exposure their need,” Nabose said.