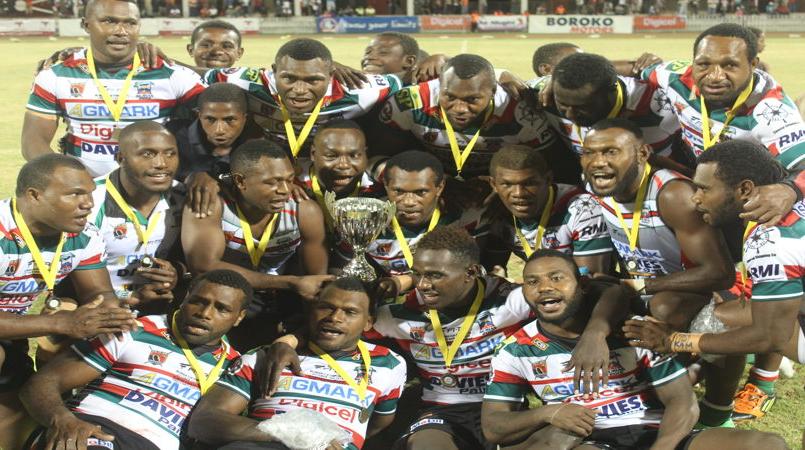 The Agmark Gurias have won the inaugural 2015 Melanesian Club Championship Challenge after defeating the Sabeto Roosters from 42-2 at the Sir John Guise Stadium on Saturday night.

It was a hat trick to Gurias centre Edward Goma in the second half that set up the comprehensive win for the home team.

Scoring early in the second half and again in the 54th minute, Goma put the score out to 26-2 putting the match beyond the reach of the Roosters.

Tries to Jason Missian, Konie Bernard and a third to Goma added the icing on the cake for the home side and seeing the Gurias claim the inaugural Melanesian Club Championship.