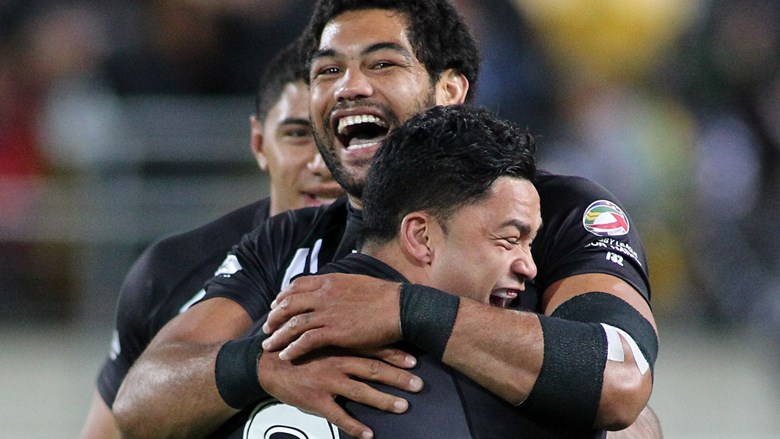 Veterans Adam Blair and Issac Luke will be entrusted with co-captaincy of the NZ Kiwis, when they tour England over October/November.

The duo have been named by head coach Stephen Kearney to share the role that became vacant when incumbent Simon Mannering was ruled out of the tour for medical reasons earlier this week.

Blair (Kiwi #732) debuted for New Zealand at the 2006 Tri-Nations and scored the final try in the Kiwis’ 2008 World Cup final victory over Australia. He returned to the national side last year after a three-year absence, and was a key contributor to Four Nations success and for his Brisbane Broncos club, en route to this year’s NRL Grand Final.

“I think, in big games, he has delivered for us before,” says Kearney, who works daily with Blair as Brisbane Broncos assistant coach. “He’s been in the programme for quite some time and knows what’s expected – I see it as a natural choice.”

Luke (Kiwi #749) has played 33 tests for New Zealand, two more than Blair, having made his debut in the 2008 Anzac Test and then coming off the bench for the World Cup triumph later that year.

He was a driving force in South Sydney’s 2014 premiership-winning campaign, although he missed the Grand Final through suspension, and then led the Rabbitohs to victory at the 2015 Dick Smith NRL Auckland Nines.

“Issac is very highly respected within the group and, again, has been part of the programme for a long time,” says Kearney, who is still the youngest to hold the Kiwis captaincy.

“He’s definitely one that’s grown over the course of his Kiwis career, both as a footballer and a leader.”

“There’s nothing we can do about the players that are unavailable,” says Kearney. “They’re all injuries that we have no control over, but they give opportunities to some younger guys, who perhaps only need that opportunity to rise to the next level.”