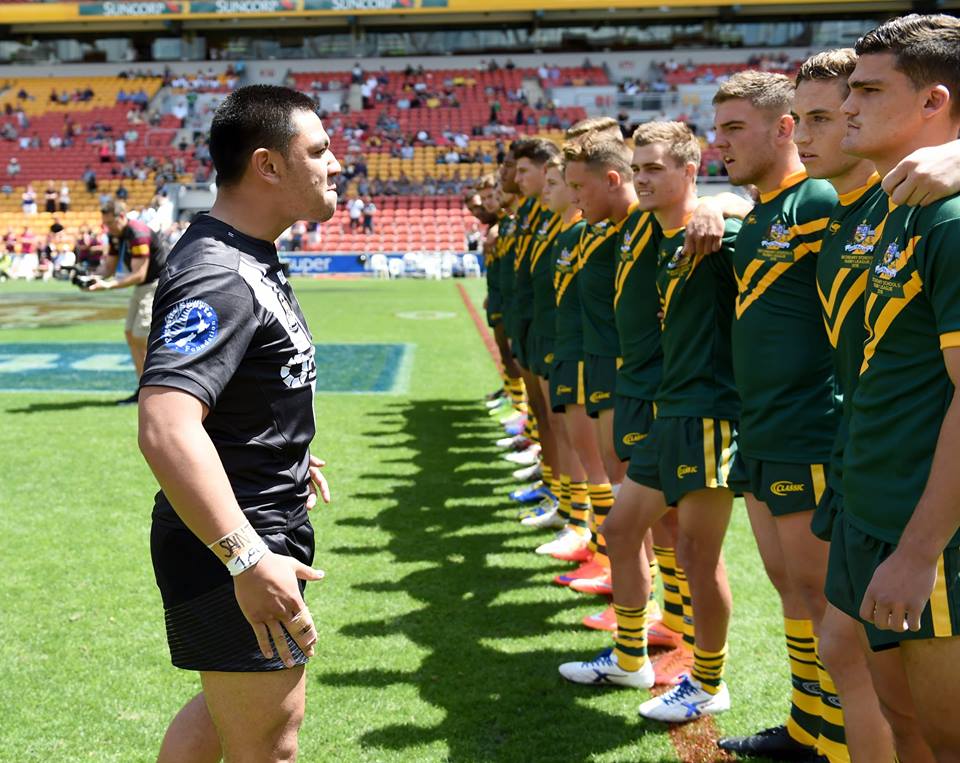 While it was a much closer affair than Sunday’s opening match; Australia’s defensive effort was close to perfect, only allowing New Zealand over once in the first half.

Australia opened the scoring after six minutes to put New Zealand on the back foot.

However, some strong running from their forwards helped the visitors go over for their first try – but that was to be their last try for the evening.

With the halftime score was 16-6 in favour of Australia; New Zealand needed to produce a strong start following the break.

The first 10 minutes of the second half saw New Zealand dominate and press hard for another try; however Australia’s scrabbling defence and pressure was once again too much for the young New Zealand side.

After the 13th minute of the second half, Australia’s winger Tyronne Roberts-Davis was over in the corner, extending his team’s score to 20-6; leaving New Zealand with a huge uphill battle to beat this Australian attack.

With some good field position and some handling errors from New Zealand, Australia capitalised; with centre Reuben Garrick and forward Adam Keighran going over to seal back-to-back wins for Australia.

Missed opportunities and poor discipline saw the game slip out of New Zealand’s hands, despite an improved effort from Sunday’s big defeat.

The Kiwi side was again left scrambling against a slick attack from Australia; who won the second half by a scoreline of 18-0.

The forwards for both sides were strong and dominant with some fiery performances, but Australia was again just too strong for New Zealand.

Australia’s captain Nathan Cleary lead the way for his team with a two-try haul and put in a great overall performance in attack and defence.