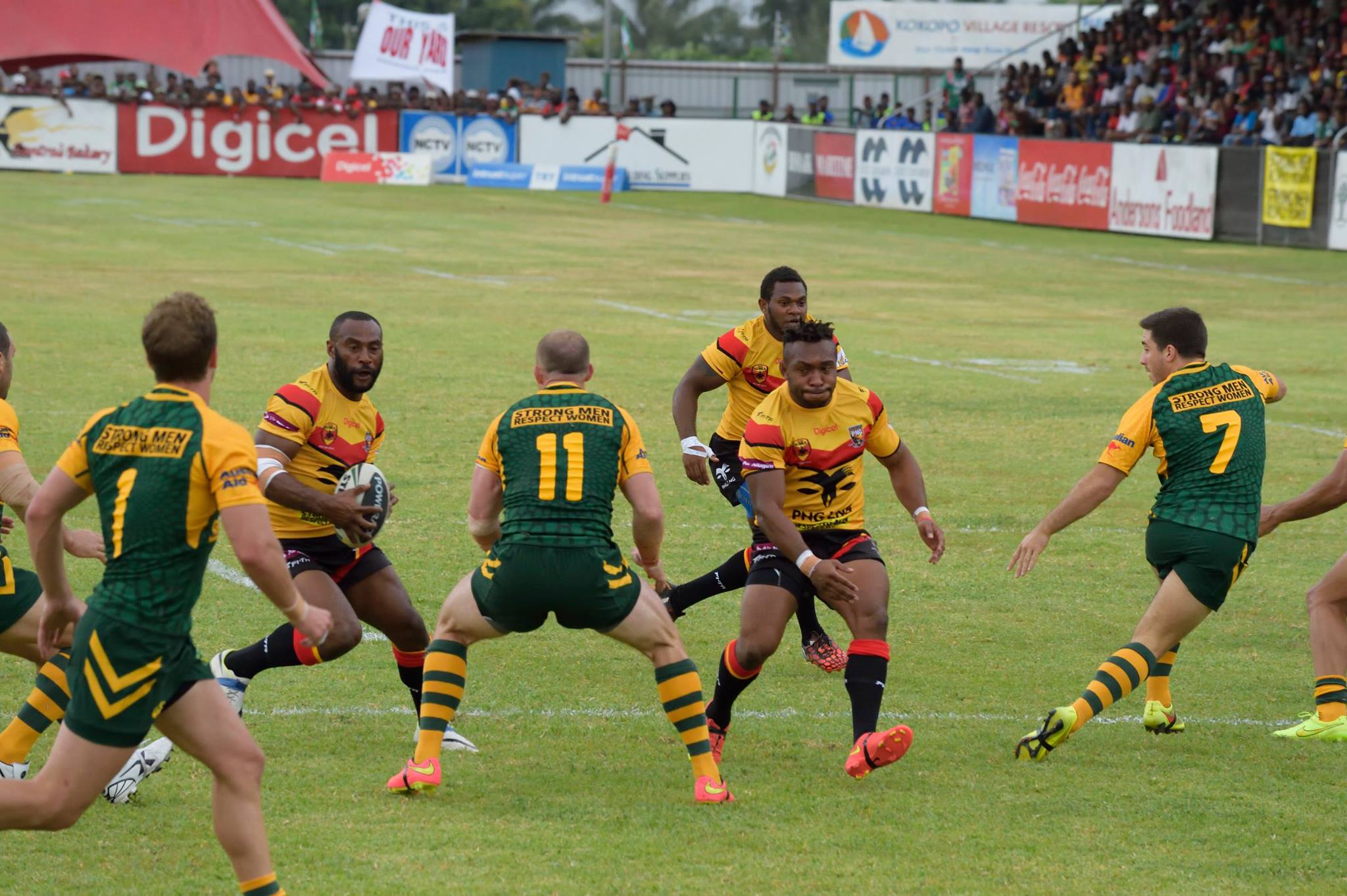 When the Australian Prime Minister’s XIII team runs out for its annual clash with Papua New Guinea on Saturday, there will be a couple of faces familiar to the sell-out crowd in Port Moresby.

PNG-born Panthers hooker James Segeyaro and Rabbitohs winger Alex Johnston, who has PNG heritage through his grandparents, have both received warm welcomes in the rugby league-mad nation since touching down on Thursday.

In emotional scenes on arrival, the PM’s XIII squad was greeted at the airport by dozens of fans and banners encouraging Segeyaro to follow his dream of playing for Australia, the country where he has spent the vast majority of his life, and the Panthers rake was showered with flower garlands and bilums (traditional PNG bags).

“I’ve just been overwhelmed with the welcome and being here in Port Moresby again,” said Segayaro, who previously represented PNG in the same fixture in 2011.

“It will be a different feeling playing for the Roos (Australia) but it will be a very proud moment for myself, and something that I’ve always aspired to do.”

On Friday the players attended a League Bilong Laif (League for Life) holiday clinic run by the NRL staff team in PNG, and immersed themselves in rugby league activities with more than 100 thrilled school children.

The League Bilong Laif program is supported by the Australian Government through its aid program, and uses the huge popularity of rugby league in PNG to support education outcomes, and deliver the PMXIII’s ‘Strong Men Respect Women’ message.

“It was very humbling to see what little they do have but they make the most of it. For us players, just to go out there and appreciate their smiles and give a bit back to the community was awesome.”

This year the PMXIII clash returns to the PNG capital and the new Sir John Guise Stadium, which was refurbished for the Pacific Games in July.

It will be a new experience for the PNG team, who have been drawn from all over the country. Many have never played in a stadium of such scale, nor under lights.

This year’s PNG squad comprises players from the national Digicel Cup competition. Stars from Instrust Super Cup side PNG Hunters were not considered due to their involvement in the finals.

PNG coach Stanley Tepend believes his players will grasp the opportunity to represent their country in the biggest event of the PNG rugby league calendar.

“I think it’s a big bonus to have these guys (in our team),” Tepend said.

“They bash each other for 20 weeks (in the Digicel Cup) and then they have come together at short notice.

“It has been a great week, and a great experience for the boys. Most of them haven’t played at the new stadium so it’s going to be an experience, especially at night.”

The Prime Minister’s XIII match kicks off at 7pm AEST on Saturday.