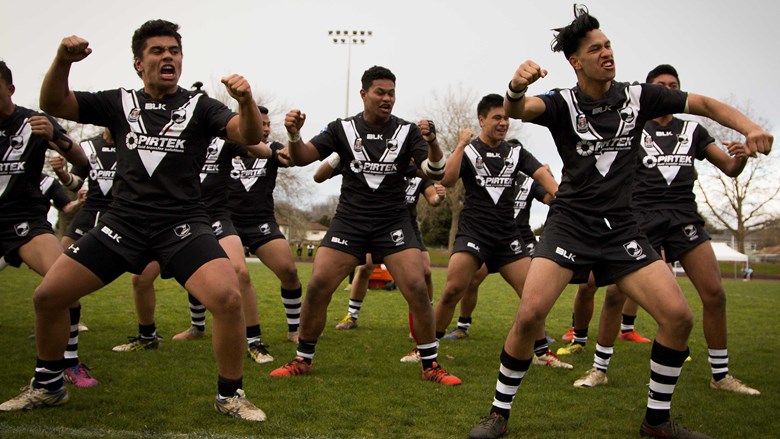 In a proverbial game of two halves, the young Kiwis overcame a 22-4 deficit to completely turn the tables on their guests, holding them scoreless after the break.

The young New Zealand side opened the scoring through a try from winger Michael Siale-Motu on their first possession, but quickly surrendered the advantage through a series of penalties and handling errors.
New South Wales ran in four tries – two from powerful centre Mathew Lyons and three of them converted by half Kieran Hayman – before half-time and the home team seemed to need some kind of inspiration just to keep the score-line respectable.

Whatever was discussed over oranges did the trick and the use of a gentle southerly also assisted.
New Zealand’s comeback began, when hooker David-John Phillips spun over for a try by the posts, converted by skipper Bostyn Hakaraia.

Halfback Zae Wallace set up the next try with a darting run near the line, before finding Josh Uta, and Siale-Motu secured his double, when NZ Schools capitalised on a penalty and set play inside NSW territory.

All three tries were converted by Hakaraia and suddenly, the scores were locked at 22-22.

By this stage, the Kiwis forwards had simply worn their counterparts down and the Australians could not muster an answer to the onslaught up the middle.

Winger Siave Tongoiu crossed in the corner to put New Zealand ahead and with time virtually up, Hakaraia found fullback Adam Wetere Pompey cutting back on an angle to seal the deal.

NSW Combined High Schools will now travel to Christchurch for a game against Canterbury Combined Schools, while several of the NZ Schools players will pull on the black jersey again next week, when NZ 18s take on the Australian Schools in a two-test series in Brisbane.