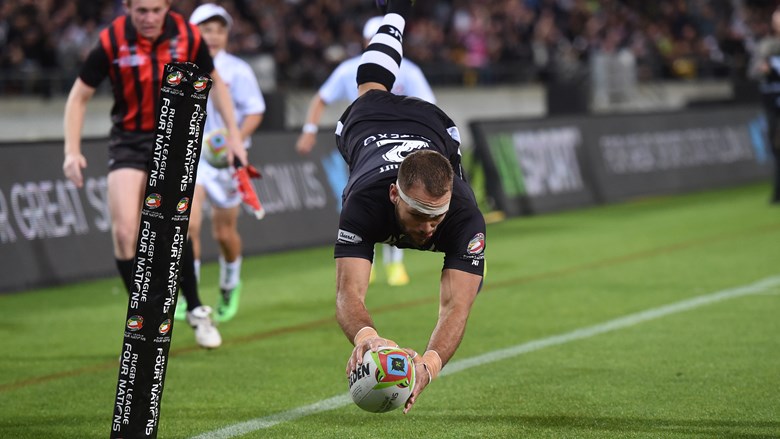 Three more candidates have been added to the NZ Kiwis train-on squad for the England tour in October/November.

Veteran wing Jason Nightingale (St George Dragons), hooker Issac Luke and back Bryson Goodwin (both South Sydney Rabbitohs) bring the training group to 18 players, after their teams were eliminated from the NRL Premiership race over the weekend.

Defending champions South Sydney were overturned by Cronulla Sharks, while the Dragons fell to the Canterbury Bulldogs on an extra-time field goal.

Among them, the trio have compiled 68 tests in the black-and-white jersey – Goodwin 10, Luke 33 and Nightingale 25.

The latter two were part of this year’s Anzac Test triumph over Australia, but Goodwin’s last appearance was the 2013 Rugby League World Cup final.

“I thought Bryson finished off the year really well and while South Sydney were obviously disappointed with how it ended, he was one of their best players,” says Kiwis coach Stephen Kearney.

“Jason Nightingale has played a fair few tests and he knows what it takes to get the job done.”

An omission from the train-on group is former Kiwis captain and halfback Benji Marshall, whose NRL season ended when he left the field with an ankle injury against the Bulldogs.

Regardless of his fitness, the Kiwis selectors will take the opportunity to develop depth in the halves, with a view to the future.

Kearney insists this is not the end of the line for the 27-test veteran.

“He asked me the same question and I told him definitely not. Next year, we’ve got a pretty full calendar in terms of potential test matches and the Four Nations at the end of the year.

“If he has the desire to still play for New Zealand, he will go into the mix with everyone else.

“This tour gives us an opportunity to blood some depth in that position and giving some potentially young guys some test-match footy in that positions. I think that’s a positive for us, moving forward.”

The wider Kiwis group consists of about 40 players and more will be named over the next three weeks as their NRL seasons end.

Train-on camps will begin next week in Auckland and Sydney, with the 23-strong touring side to be announced soon after the NRL Premiership Grand Final on October 4.

The full squad so far is: