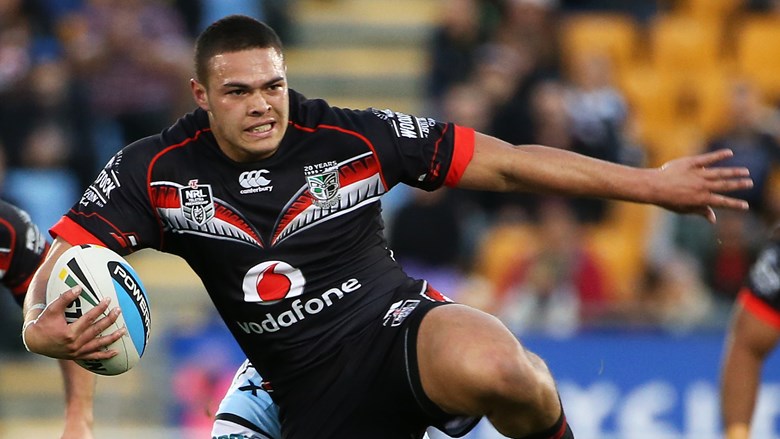 Five potential rookies are among the first group of players named to the NZ Kiwis train-on squad for the upcoming tour of England.

None have played for the Kiwis yet.

Warriors forward Bodene Thompson has also never taken the field for the national side, although he was part of the squad that won last year’s Four Nations tournament.

“In his first full year, I think Solomone showed some real promise and played nearly every game,” observed Kiwis coach Stephen Kearney. “That can be very demanding on a young guy in that position and at that age.”

Lolohea’s versatility could prove valuable to the Kiwis squad and he looms as a possible replacement for injured Shaun Johnson in the halves.

“We’ve got a month of football left and some players that are still playing in that time, so we’ll see how that all pans out,” says Kearney.

“But like Solomone, Tui has had a pretty exceptional year, with the demands on a young player stepping up to a new level.

“From our point of view, he’s certainly got a future in the Kiwis group. Where that is, at the moment, has yet to be determined.”

Kearney is happy with the depth of his player pool, which may yet be tested before the final team is announced.

“In some positions, we would like to have some more depth, but we’re pleased with the group we’ve picked already, considering we still have a fair few players still in the finals series, which is a positive for us.”

Today, Kearney has also added Kiwi #770 Elijah Taylor to his initial group – the Penrith Panthers forward was initially missing due to a thumb injury later in the season, but has confirmed his availability to tour if selected.

The wider Kiwis group consists of about 40 players and more will be named over the next month as their seasons end.

Train-on camps will begin on September 23 in Auckland and Sydney, with the 23-strong touring side to be announced soon after the NRL Premiership Grand Final on October 4.