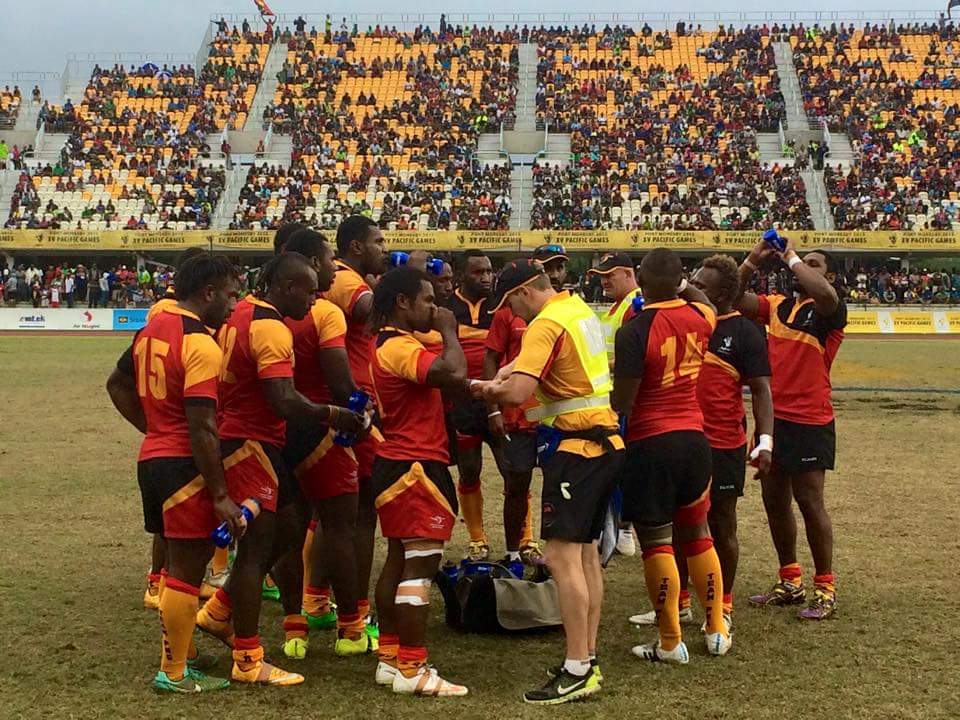 PNG steal the show on day one of Rugby League 9s

Papua New Guinea and Fiji dominated the first day of the Port Moresby 2015 Rugby League 9s event, with both nations winning all four of their matches.

PNG and Fiji meet in their remaining round-robin match on Sunday to determine who each side will face in the semifinals.

Samoa sit third in the standings thanks to victories over Tonga (20-8) and Solomon Islands (50-0).

Tonga and Cook Islands each posted a win over Solomon Islands, who only started playing rugby league in 2013 and are participating in the event for the first time.

“We managed to get all those wins together, four wins out of four matches, but we’ve still got one more big game tomorrow (against Fiji) before the finals so hopefully we get up and repeat that performance tomorrow,” Marum said.

“We will bring the boys back down to their normal routine and the main thing is to keep them focussed on that next game against Fiji.”

Fiji coach Maika Vunivere said he was impressed with his team’s performance in challenging conditions, which deteriorated throughout the afternoon as heavy rain set in.

“For most of them it’s the first time that they have played outside of Fiji, so we’re really happy with the way they played. Even though they did not follow our full structure, as long as we win, we’re happy.

“We will go back and talk it over with the boys and we’ll come back tomorrow for a new start.”

Vunivere admits that defeating PNG in either their round-robin match or a potential medal clash would be no easy task.

“We know there’s a mountain ahead of us which is the home team, with a home crowd, on home turf. But tomorrow if they want to win, they’ll have to run for their money and we won’t give it up easily. We’ll make them sweat for their win.”

In Sunday’s remaining round-robin matches Cook Islands face Samoa at midday, followed by Fiji vs PNG and Solomon Islands vs Tonga to determine the placings for the semifinals.