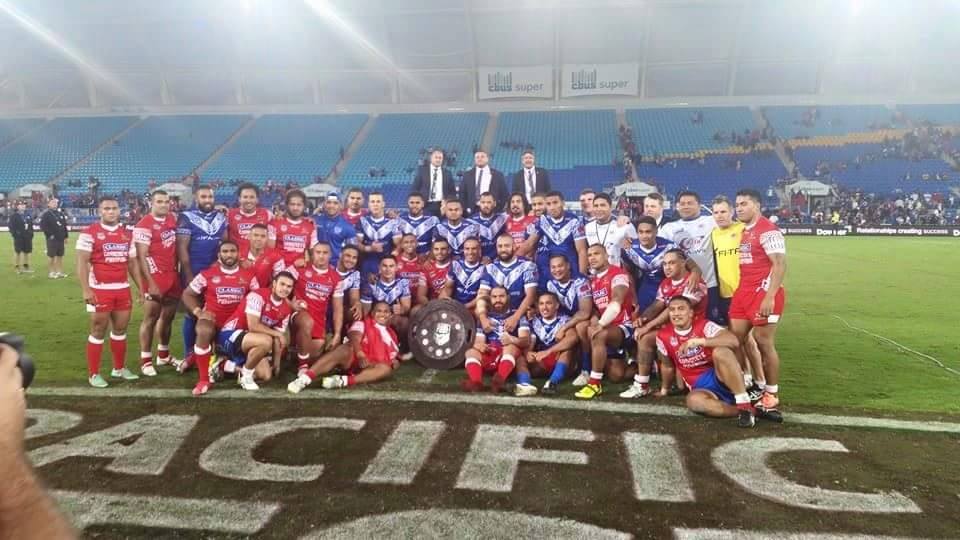 “Rugby is the fastest growing sport in the United States and the popularity is surging with both the youth and adult leagues in Hawaii,” said Kelly McGill, former USA Tomahawk Rugby League player, assistant coach and now President of Grand Pacific Events. “The excitement level for this matchup is through the roof and the timing is perfect as we celebrate 50 years of rugby in Hawaii this year and the debut of rugby as an Olympic sport in 2016.”
The gates at Aloha Stadium open at 2 p.m. with a Hawaii Youth Rugby game to start at 3:30 p.m. followed by an adult league all-star matchup featuring the City Chiefs vs. Country Kings at 4:45 p.m. There will also be entertainment, food vendors and a meet and greet with the players all leading up to the 7:30 p.m. start of Mate Ma’a Tonga vs. Toa Samoa game.

If you are unable to make it down to Aloha Stadium ESPN 1420 AM will broadcast the event live as well as streaming via their website at www.espn1420am.com. The play-by-play action will be done by Ben Dobbin, the voice of rugby league radio in Australia, with color commentary being handled by former rugby league superstar Wendell Sailor.

Tickets for the game go on sale at the Aloha Stadium box office beginning July 6, 2015. Ticket prices are as follows: Adults – $20, Military (with ID) – $15, and Keiki (under 12 years old) – $10. Tickets will also be available at most Morale, Welfare and Recreation (MWR) offices on military bases across the island
Proceeds from this year’s event will go directly back towards to the Hawaii Youth Rugby (HYR) League. The money will be invested in equipment, training, education and safety for all youth participating in organized rugby across the state.