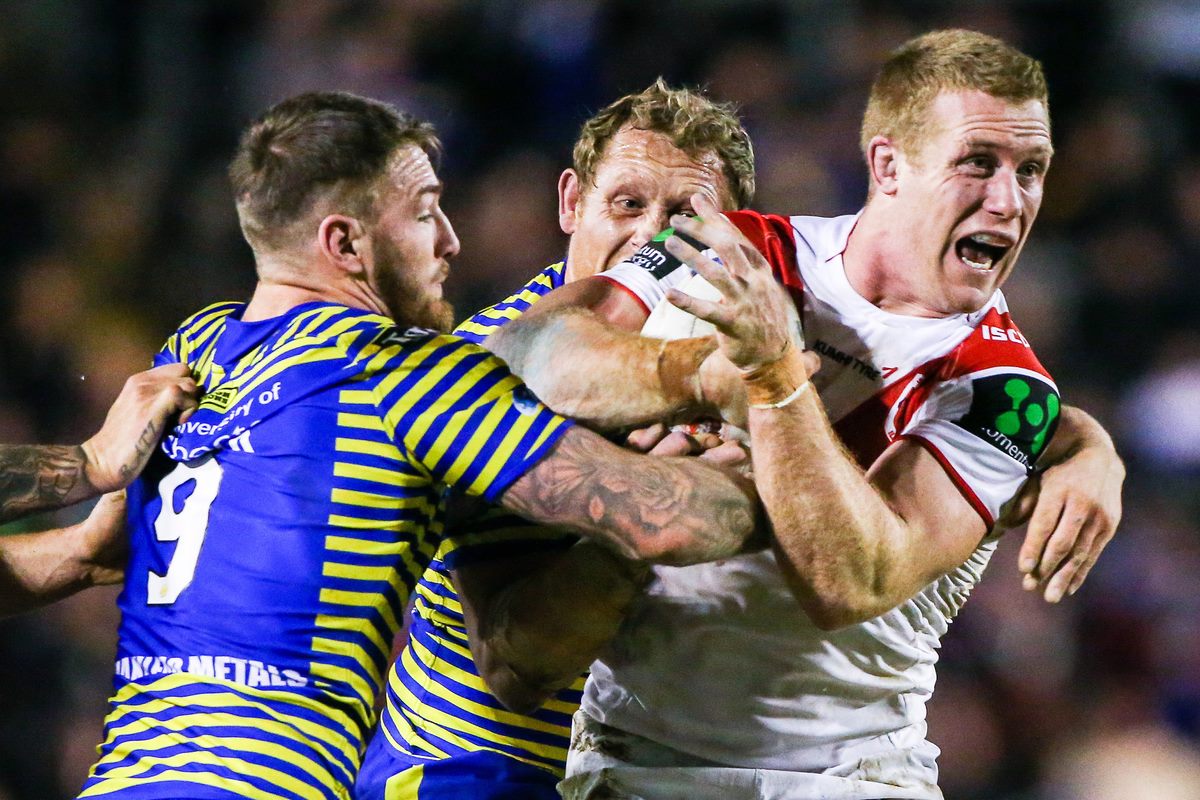 The St George Illawarra Dragons have held out Warrington 18-12 in a gripping and high-intensity World Club Series opener at The Halliwell Jones Stadium on the back of a kicking masterclass from halfback Benji Marshall.

The Red V showed good fitness and intensity given it is still a fortnight before the NRL season proper, with Mitch Rein providing good impetus out of dummy-half, winger Eto Nabuli showing his worth with a series of cool takes under the high ball and solid defence, and a spirited showing in the middle from their new-look forward pack.

They had to overcome a lopsided penalty count – not earning their first until the 70th minute – and a fierce Warrington side and even fiercer home crowd.

The Red V got off to the perfect start, capitalising on a lost ball from ex-Cowboys Ashton Sims in the very first set when a sublime short ball from Benji Marshall sent Tyson Frizell crashing over for an early 6-0 lead.

Warrington launched a spirited counterattack and were unlucky not to score when held out by some brilliant Red V defence from Eto Nabuli in particular. It couldn’t last though, and a scintillating run from five-eighth Gareth O’Brien, who broke the line then easily stood up Josh Dugan to level the scores after 14 minutes.

The Wolves continued to have the better of field position but a rare foray up to Warrington’s end allowed the Red V to be the next to score when Gareth Widdop rolled it in behind the line where Joel Thompson just won the race to the ball.

After no penalties for the first half hour of the game, a high shot from Nabuli on his opposite winger Kevin Penny left the referees no choice and had the parochial home crowd baying deafeningly for a sin binning – one which was not forthcoming.

The penalty did hand the Wolves a full set at the Dragons line and they didn’t need all of it, crossing out wide on the opposite flank through centre Ryan Atkins when Dylan Farell attempted unsuccessfully to rush out of the line and claim an intercept. O’Brien’s second conversion was unsuccessful, leaving the side with a 12-10 deficit.

The Wolves earned one final chance 90 seconds out from halftime when they were awarded another penalty at the Dragons line when winger Rhys Evans was held out of a challenge following an attacking bomb. The Dragons scrambled well and survived two more attacking bombs to preserve their two-point advantage heading into the break.

With Frizell ruled out of the rest of the game following a big first-half collision and possible concussion, the Wolves did well to hold Josh Dugan up over the line early in the second half as the Dragons continued to control the game well through a dominant kicking game from their two halves.

They needed even better defence to push Farrell over the touch-in-goal line shortly after following a brilliant Nightingale take and offload from a bomb, but the Wolves coughed it up from the first play after the restart to keep themselves under pressure.

They eventually got themselves back in the arm wrestle due to a handful of errors from the Red V, and earned a dropout when Nabuli’s high-class bomb defusal – not his first of the night – was deemed to have been taken from the field of play rather than the in-goal.

The match saw its second flare-up from its second innocuous high shot when Marshall produced a clumsy challenge on O’Brien, and it handed the five-eighth a chance to level the scores at 12-all, almost 20 minutes into a highly spirited second half.

The Dragons broke the game open shortly after that when Mitch Rein made a clean break from dummy half and from the next play, with the defence scattered, a short kick back inside from Marshall couldn’t be handled by the defence and popped up nicely for Dugan – the eventual Man of the Match – to score, handing Widdop an easy conversion for a 18-12 lead.

The Dragons started to build momentum after that, a half-break from Dugan putting them in position for another pinpoint Marshall kick to earn a line dropout.

With the clock starting to become a factor, the Wolves used their last interchange with eight minutes still remaining (and meanwhile the Dragons earned their first penalty of the game in the 70th minute).

When Nielsen was penalised for running a Wolves player off the ball as Nabuli produced yet another quality bomb defusal it handed Warrington a great chance to level up, and captain Monaghan should have crossed but dropped the ball over the line with no defender on him.

Despite some nervy moments, the Dragons managed to hang on to take out what had been a gripping and high-intensity opening to the weekend.