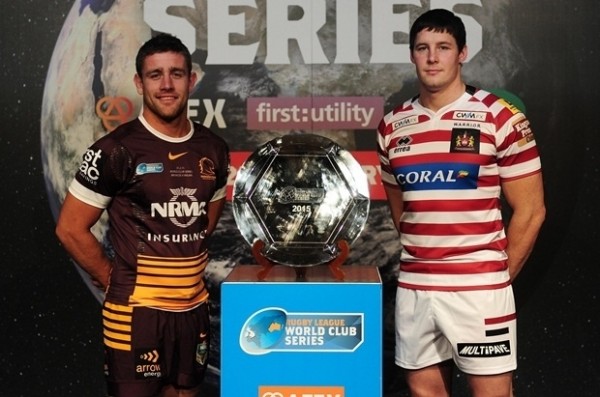 The England captain was sent for scans after hobbling out of Wigan’s 24-16 First Utility Super League win over Huddersfield Giants last Friday and on Wednesday underwent knee surgery which will rule him out for around six weeks.

Wigan coach Shaun Wane had feared the worst and confirmed the news ahead of an opposed training session with South Sydney at the club’s training base in Orrell.

“It’s unfortunate for Lockers,” Tomkins said. “It’s something we’ve got to deal with.
“I think you saw at the weekend when Lockers went off and John Bateman took over the position what a good job he did for us.”

With England centre Dan Sarginson set to return after missing the first two games of the season with a groin injury, Tomkins looks likely to revert to his traditional second-row spot in place of Bateman despite once more impressing as a makeshift threequarter.

“There’s a strong possibility I’ll be moved back into the pack,” he said. “I’ve enjoyed the first couple of weeks.

“It was a bit alien to me playing on the left-hand side because I usually play on the right and it took a bit of getting used to but I’ve managed to get over the line a couple of times.

“I genuinely mean it when I say I don’t mind where I play, as long as I’m in the team.”

Wane is also set to welcome back stand-off George Williams and forward Taulima Tautai from injury and scrum-half Matty Smith from suspension, although utility player Sam Powell will be missing after collecting a one-match ban.

Wane will turn to either Tomkins or Smith to lead the side out in the absence of O’Loughlin.
Jordan Kahu will be at full-back for the Broncos, deputising for the injured Darius Boyd, while youngster Aaron Whitchurch gets the chance to stake a claim for a centre berth in the absence of regulars Jack Reed and Dale Copley.

The side, which virtually picked itself after coach Wayne Bennett opted to bring just 18 players to England, includes new signings Adam Blair, who will line up at prop, and Anthony Milford, who starts at stand-off.

Tom Opacic, who has been suffering from a virus, has been named as 18th man for the match at the DW Stadium.