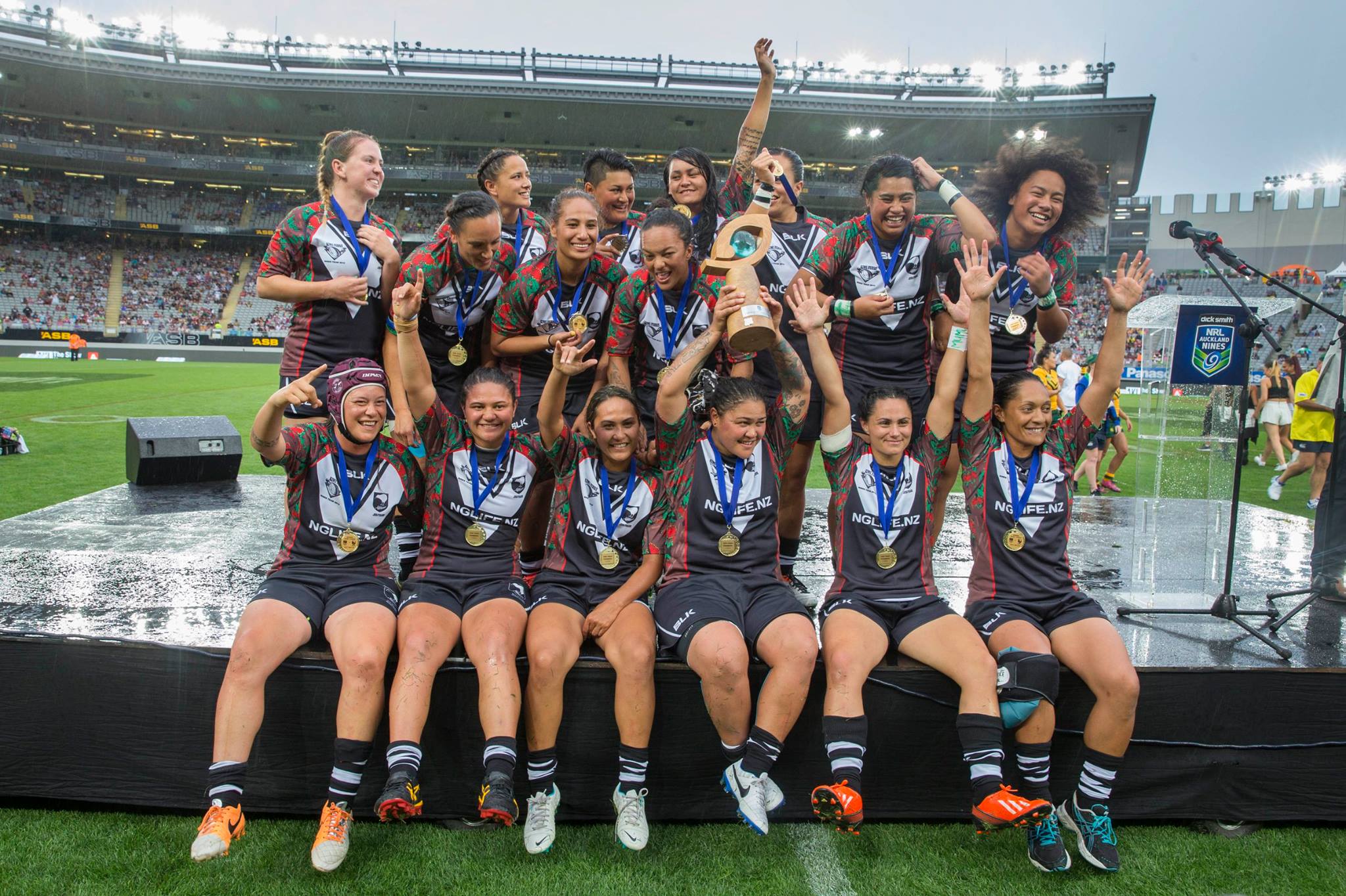 The three-match series against the Australian Jillaroos at the NRL Auckland Nines may have only lasted about an hour in total, but it was a dream a year in the making for the New Zealand Kiwi Ferns.

Sitting in the stands among the 45,000 other punters at last year’s Nines weekend, national team coach Rusty Matua, plus 24 players and staff, fantasised about the women’s game being a part of it one day.

Less than a year later it was a reality, as the Ferns thrilled their home crowd by winning the first two games and ensuring bragging rights would stay their side of the Tasman until at least the next Test between the nations, on May 1 at Suncorp Stadium.

“It went right back to the Nines last year. We bought tickets in the gold zone, there were 25 of us and we looked around the crowd and soaked up the atmosphere and we dared to dream – imagine if we were here,” Matua said.

“We surmised a Test series against Australia. To see that come to fruition in a year was an absolutely amazing miracle for us.

“For our girls to be treated like an international team, to rub shoulders with the NRL stars, it was like walking around in heaven for two days for these girls.

“To come along this year and be a part of it… it meant a lot to us so we put a lot of emphasis on it.”

The Kiwi Ferns came back late to win the first game 8-4, before clinching the series with a 16-4 victory on Sunday afternoon.

Reigning world champions Australia managed to salvage some pride and avoid a whitewash in the final match, edging out 8-7 winners.

A feature of the New Zealand style throughout the three games was their organised and utterly bruising defence.

“The crowd love the big hits… but what is more important than that is giving credibility to women’s league,” Matua said.

“That was the biggest thing for us, to be the ambassadors for women’s rugby league, to show them that they can play at this level.

“The clean sweep was what we were aiming for, so we will be motivated to do that again if the NRL invite us back.

“But to come away with the inaugural Nines series and to have that trophy is a wonderful achievement.”

Meanwhile the buzz created by the women’s Nines games will carry through to the local league scene in 2015, with Auckland Rugby League confirming it will pilot girls under-18 Nines tournaments in September.