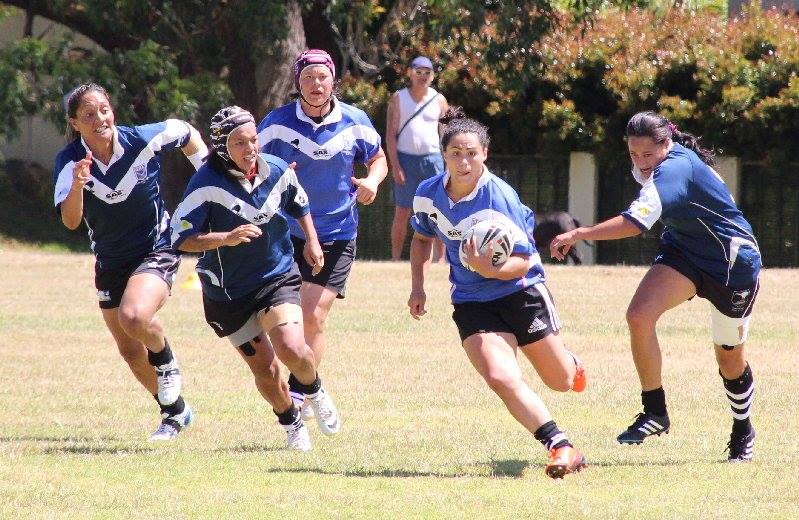 Auckland’s Georgia Hale and Manawatu’s Janna Vaughan will make their NZ Kiwi Ferns debuts, when they take the field for the Dick Smith NRL Auckland Nines at Eden Park later this month.

The pair are among 16 players named for the national women’s rugby league team to face their Australian rivals in a three-game international nines series across the two days, January 31/February 1.

Both were on the periphery of the full 13-a-side test line-up last year, with Hale travelling as 18th player to Wollongong for the Kiwi Ferns’ one-off victory over the Jillaroos during the men’s Four Nations tournament.

Hale and Vaughan are the only newcomers in the group that also sees Krystal Rota and Nora Maaka return to the NZ side after absences of seven and two years respectively.

Coach Rusty Matua is excited by the potential of his side, several of whom entered international ranks only last year.

“This will be an historic occasion for us, playing in front of the largest crowd to watch women’s rugby league and televised live for the first time,” he says.

“We’re so excited to have the opportunity to put on this exhibition for the public, bringing together the two best countries in the world and the best players from those countries.”

Matua had a squad of 20 in camp over this weekend and had them play four nine-minute periods in their final trial at Auckland’s Cornwall Park.

“Obviously, the quickness of the game was a huge adjustment and we’ll also have to react fairly quickly to the slight rule changes,” he says.

“The biggest difference between nines and 13s is the extra space you have to cover on defence, and the opposite on attack.

“We still have to fine tune our approach to the new format, but the players are aware of that.”

The Kiwi Ferns will be in camp again next weekend, before assembling midweek for the Dick Smith NRL Auckland Nines.