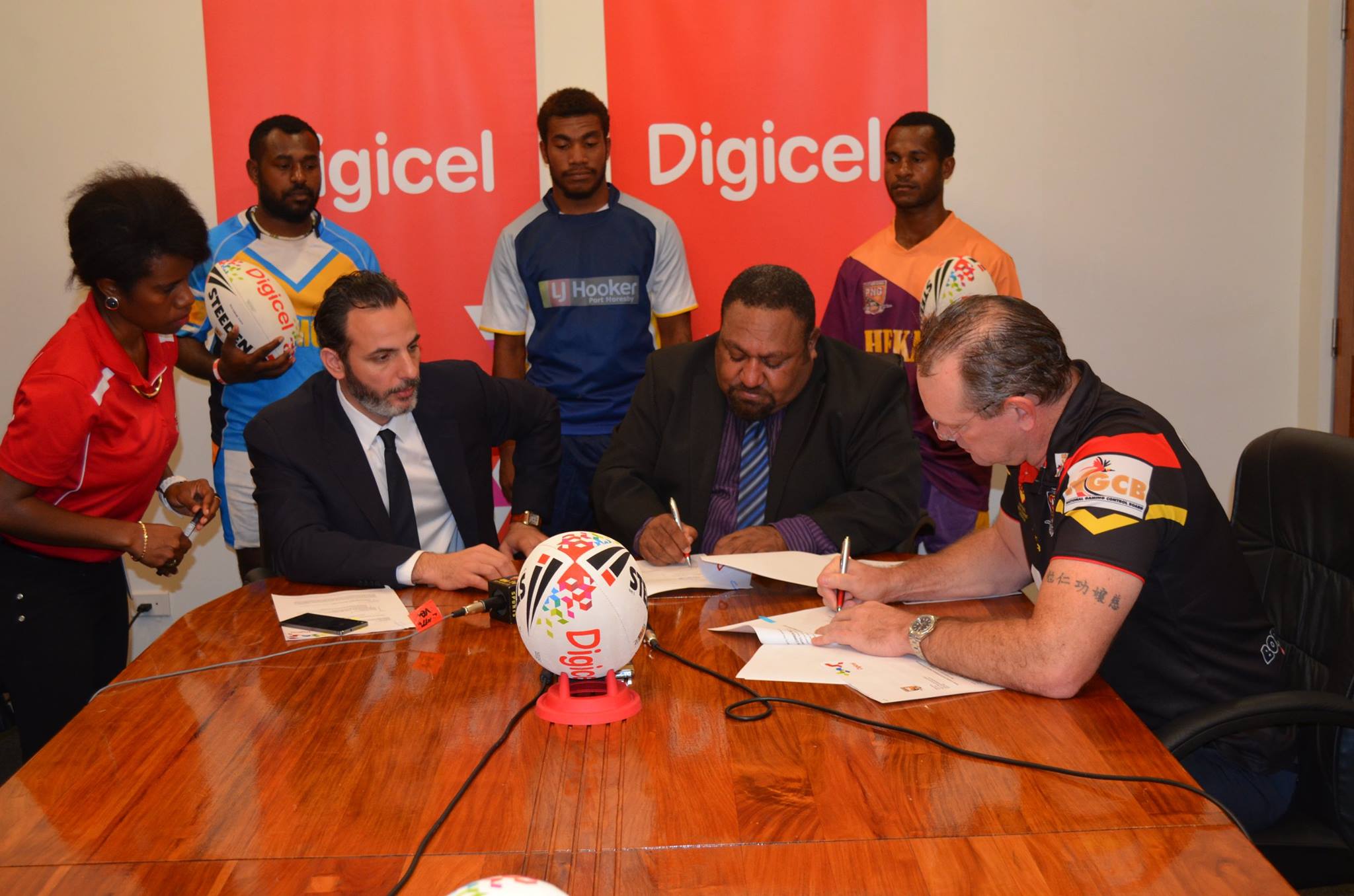 Digicel has partnered again with the Papua New Guinea Rugby Football League in its efforts to grow the game nationwide.

PNGRFL Chairman Sandis Tsaka has initiated an offseason competition designed to grow the interest of the Nines version of the game during the offseason. Tsaka believes a permanent 9s competition in the league’s annual calendar should provide a solid platform to initiate structured competitions.

Digicel PNG Limited who are the major sponsors of the national rugby league competition, the Digicel Cup, as well as the PNGRFL’s SP Hunters and Team Kumul’s Exclusive and Official Telecommunication partner; have come on board again to support Rugby League by becoming the inaugural naming rights sponsor of the RFL Nines which will now be called the Digicel Super Nines tournament.

Commenting on this support, Digicel’s Head of Consumer-Khattar Fehmi said; “We are proud to support this new and exciting initiative – one that will surely have a positive impact on the form of players as well as the sporting code in general. Rugby League has always been the number one sport in the country, and it is through such new initiatives that can help the code grow and become more structured overtime, while introducing new talent from the different provinces.”

The Digicel Super 9s tournament is expected to generate interest and help speed up affiliations and registrations of leagues and players throughout the country.

More importantly is that the Digicel Super 9s competition will be used as a pathway for identification and selection of players into higher level competitions such as the Confederate teams, Digicel Cup teams and quite possibly the SP Hunters.

The Digicel Super 9s will kick off with the opening two-day tournament for the Southern Confederate leg from February 14-15 in the Gabagaba village of Central Province.

“We plan to host these tournaments in areas that miss out on most of the major rugby league events PNGRFL has been running over the years, additionally, we have designed participation so that only teams with players originating from these respective confederates are selected into the tournament. In this way we will enable a fair representation of players within the tournament” Tsaka said.

Top two finishers from these four challenges will automatically qualify for the Pacific Balanced Fund Invitational 9s in Lae from March 14-15.

The PBF Nines tournament is a marquee invitational challenge which will also play host to the Digicel Cup teams, international interest from the Fijian NRL Champions Western Saru Dragons which will see 8 current Fiji Bati players to feature some of the most exciting players in the country.

Digicel Cup players who are excluded from the regional legs of the tournaments will be included in the PBF Invitational 9s.