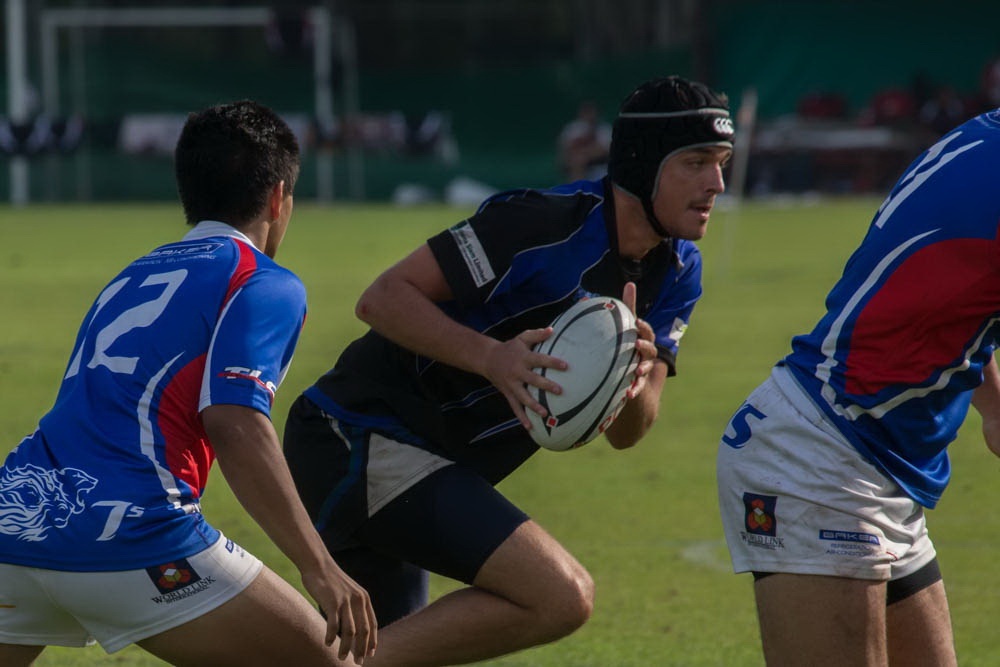 Vagabonds to join Thailand competition in 2015

When the Thailand Rugby League sat down and looked at expansion for 2015, Phuket was a logical choice. The game is well known amongst the expat community and the Thai players that have made the switch to the 13 man game in 2013 and 2014 have said they enjoy the combat in Rugby League and it’s open, running style compared to the kicking and maul game they were used to. The TRL made contact with Pat Cotter, Mr Phuket Rugby about 18 months ago to discuss bringing the 13 man game to Phuket and getting him involved in it’s rollout.

“Pat has been instrumental in us rolling the game out in Phuket” says Shannon Crane, Chairman and owner of Thailand Rugby League. “We approached Pat to help us run coaching clinics in Phuket, which commenced last October, with the view to Pat having an active role in the running of our game in the area. Pat is a great asset to the TRL and him accepting the role as Director- Southern Thailand has already locked in our Southern Thailand Warriors franchise based in Phuket but also brought neighboring provinces into the TRL Provincial League mix for 2015.”

The Southern Thailand Warriors will be based in Phuket but with the view to feed players in the surrounding provinces in the South into the National Competition. 2015 will see the Thailand Rugby League National Premiership, which the Grand Final of is played in Bangkok on Saturday 13th December 2014, expanded from Bangkok and Pattaya teams to include Chiang Mai in the north and Phuket in the south.

“We have made real inroads in both Chiang Mai and Phuket in 2014 and look to build on that in 2015 says Crane. “We look to have two strong squads entering the league which will see Phuket host 5 of their 9 games in Phuket in 2015. The same will happen with the Chiang Mai Titans in the north. Pat discussed giving the Phuket league guys a run in the Phuket Nines held by the Sydney based amateur group the Thailand Rugby League Australia (TRLA) and we thought it was a great way to give the boys with little league experience something to build on in 2015. Funnily enough they actually won the event in their first outing so we expect a strong Warriors team in 2015.”

Pat has been impressed by the TRL in its business model, its development platform and its ability to draw sponsors to the newest sport to enter the Kingdom. “A really exciting prospect for the development of rugby on the island & countrywide be it League or union and will help us develop the sport on Phuket and among the local community. Incorporating the Phuket Vagabonds as the TRL representative team for Phuket ensures that the Warriors will be able to compete at the top level and hopefully reach the 2015 Grand Final” says Pat, newly appointed Southern Thailand TRL Director and Phuket Rugby boss. Pat continued “Game time has always been a problem with rugby enthusiasts here and this guarantees that Phuket will get a good quota of home rugby games in the future as well as having the opportunity to host International matches”

The Southern Thailand Warriors inaugural captain, South African National and long time Phuket resident Darryn Mathee is also excited by the 2015 Rugby League season and leading the Phuket team into the National Competition. “”This is exciting news for Phuket and the Phuket Vagabonds Rugby making this transformation from Rugby Union to Rugby League and I can assure you, that our team will be more than ready to take up this challenge and make Phuket proud””

The second TRL National Premiership commences in September 2015 and will be an opportunity to see the game played and developed on the ground in Phuket. Follow the Southern Thailand Warriors on Facebook, the TRL is also on Facebook at www.facebook.com/ThaiRugbyLeague and the website is www.trlrugby13.com.