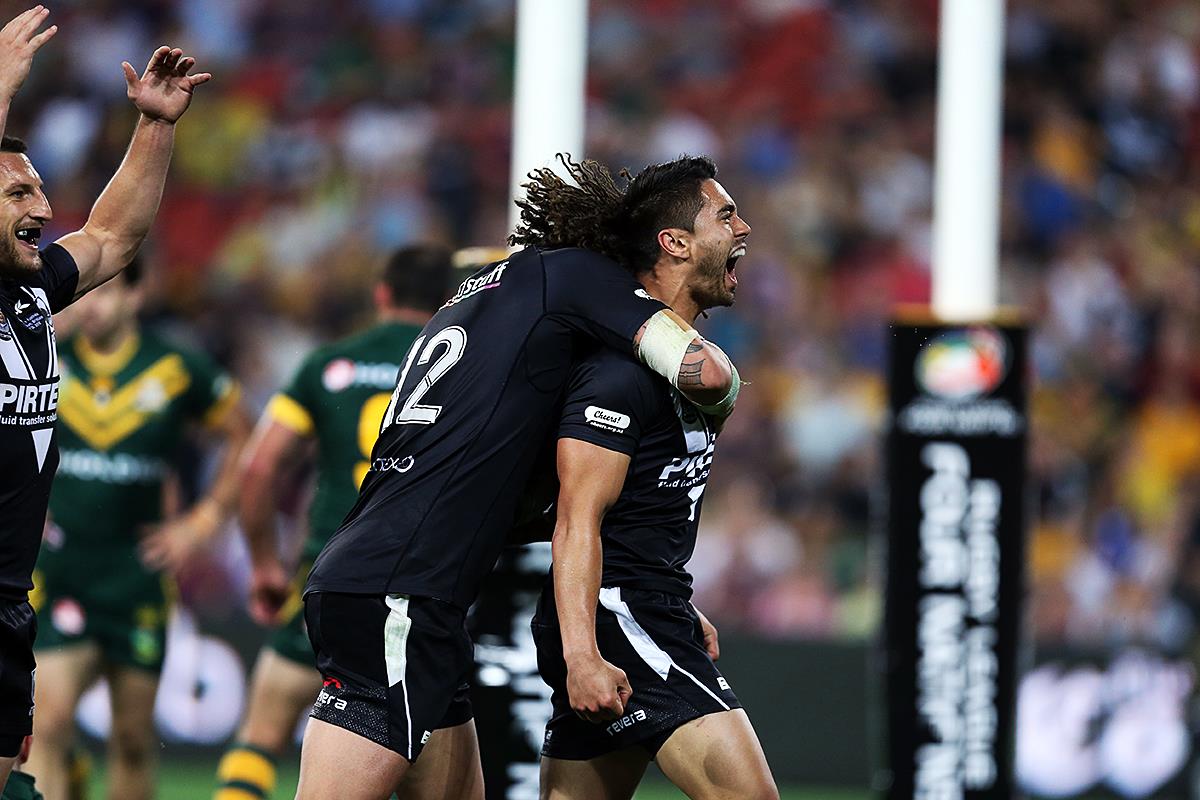 With Samoa and England now in the rear view mirror, Australia and New Zealand face off this Saturday in the 2014 Four Nations final at Wellington’s Westpac Stadium.

The home side, who enter the final undefeated in this tournament, are certainly better placed having destroyed the Kangaroos three weeks ago before winning tough encounters against Samoa and England.

The Australians have improved since that first-up defeat, regaining their composure with a tight win against England before slaying Samoa last Sunday. With a bit of form behind them and their rookie squad growing in leaps and bounds, the world champions can catch the Kiwis out if taken lightly this weekend.

Coach Tim Sheens has blooded nine debutants throughout Australia’s three Tests, but no amount of inexperience measured up to the loss of Daly Cherry-Evans (hip) and Greg Inglis (illness) during their game against New Zealand in the first round.

The Kiwis, despite their winning ways, will need to find another gear if they are to overpower the control and poise of the Australian spine. They will have to make do without hooker Thomas Leuluai, who was close to the best player on the paddock against England last week but has been ruled out with a shoulder complaint. Issac Luke has been promoted to the starting team with Lewis Brown coming on to the interchange. Bodene Thompson and Gerard Beale have been named as cover on the extended bench.

Watch out Australia: New Zealand’s wingers Jason Nightingale and Manu Vatuvei have been on fire. Dragons wide man Nightingale is in especially hot form, racking up four tries to add to his 412 run metres, the fourth-most of any player in the tournament. Vatuvei (who missed the Kiwis’ first Test) has averaged the second-most metres (154 per game) tournament-wide, with only Samoan winger Tautau Moga punching out more in his single appearance. The Beast has been typically hard to stop with ball in hand, with 12 tackle busts from two matches.

Watch out New Zealand: There is no doubt Tim Sheens failed to get the balance of his Kangaroos squad right, with a surplus of outside backs and a lack of specialist props, but in saying that big men Aaron Woods, David Klemmer and Josh Papalii have represented the Australian engine room admirably. Papalii has arguably put forward his best performances of the year, having averaged 104 metres per Test. The importance of Woods (28.7 tackles and 90.3 metres per game) and Klemmer (19.5 tackles and 115 metres per game) will also be made clear up against Kiwi trio Jesse Bromwich, Martin Taupau and Adam Blair.

Plays to Watch: Shaun Johnson and his Warriors teammate Sam Tomkins had a running battle last weekend when the Kiwis halfback constantly peppered the English fullback with his kicking game. With bombs as big as the roof of Dunedin’s Forsyth Barr Stadium, Tomkins’ impact with the ball was lessened immensely with the defence catching up with him as he would catch the football. Undoubtedly Inglis has been earmarked as Johnson’s next victim.

Before their clash against Toa Samoa, Australia had only scored five tries in the tournament – a tally they had almost tripled by the end of their Samoan fixture. Their second-phase play was a big factor in the Kangaroos’ success, with Inglis and Corey Parker’s offloading capabilities again looming as a threat this week.

Where It Will Be Won: Australia well and truly found their feet last weekend but it might have been a completely different tale if Samoa’s ill-discipline didn’t rear its head. The Kiwis can learn plenty of lessons from Samoa’s performance after they gifted the Australians piggybacks out of trouble time and time again. Despite the influx of rookies in their side, the Kangaroos still have superstars Inglis, Cooper Cronk and Cameron Smith calling the shots and they certainly made the Samoans pay. They will have no troubles doing the same to New Zealand if the hosts get on the wrong side of the referee’s whistle.

Of course this won’t count for much if the Kangaroos fail to prevent the Kiwis ambushing them again for the second time in a matter of weeks. While their dominant performance didn’t pay dividends until the second half, New Zealand enjoyed a 55-45 per cent disparity in possession and eventually ran away with the game – with eight individual Kiwis making more than 100 metres compared to just three Kangaroos.