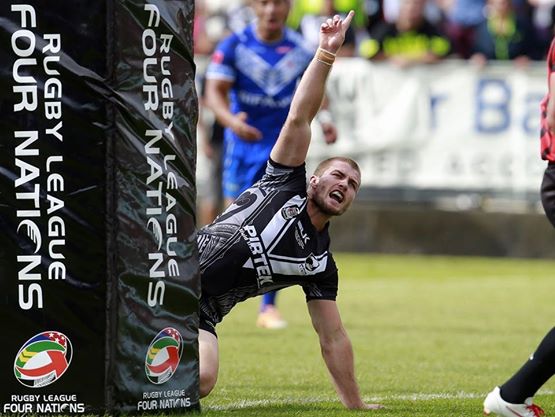 The Samoans fell just short against England last weekend and they showed that was no one-off with another strong showing in Whangarei.

Joey Leilua swatted Kenny-Dowall aside to touch down and stretch Samoa’s advantage just after the break but the New Zealand winger had the last word.

Jason Nightingale’s try set up a grandstand finish and Kenny-Dowall went over five minutes from time to deny Samoa a famous victory.