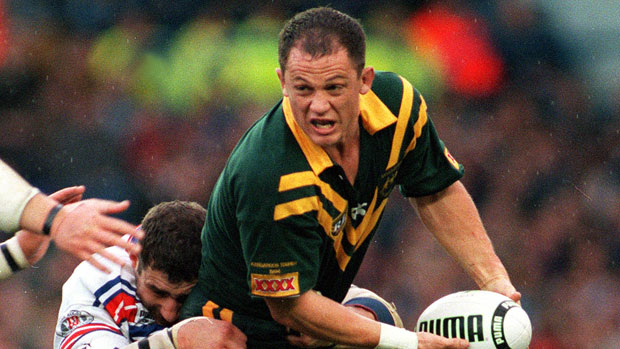 Members of the 1994 Kangaroo tourists will reunite on Thursday during a special celebration in Brisbane.

Seventeen players who took part in the last full Kangaroos Tour will be honoured at a lunch at the Royal International Convention Centre, Brisbane, during which the RLIF International Player of the Year award will also be announced.

“The great thing about this group of players is that, 20 years on, many of them are still household names, even to 10-year-olds,” Mr Carr said. “Many of them have achieved not only in rugby league but in a variety of fields.”

During the reunion in Brisbane, the players will be paired with their roommates from the 1994 Kangaroo Tour.

The 1994 Kangaroos played 18 matches on tour in the UK and France, winning the Test series 2-1 against Great Britain.

“We felt it was fitting that, 20 years after the last of the full Kangaroo Tours, we brought the players together again,” the NRL’s Head of Commercial Paul Kind said.

“The fact that we could do that on the eve of the Four Nations tournament, an important part of our calendar, was a bonus.

“It will be great for those ’94 players to be able to share some stories but also watch the current generation of Kangaroos on Saturday against New Zealand.”