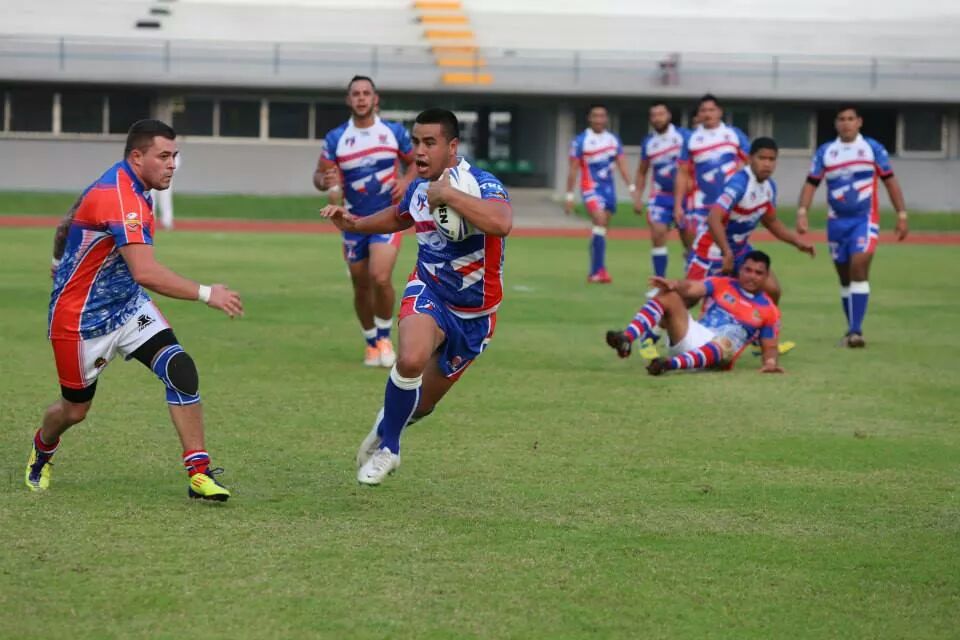 Thailand too strong for Norway

As the team buses pulled into Boonyachinda Stadium, Bangkok the players departed both buses looking relaxed. The heat not nearly as bad as the day before but still a mid 30 degrees with 80% humidity and the Norway National side feeling the heat a lot more than their Thai counterparts.

The Thai band setting up and going through soundcheck whilst the Thai Head Coach Vinai Sujarit spoke passionately to his players showed what is possible. The Thai boys responding with nods and the knowledge that they had prepared to the best of their abilty and Assistant Coach Marvin Pace took the opportunity to deliver final instructions, some of which required translation with our Thai National dominated squad. Both Thailand and Norway lost the services of Australian based players late in the week so the players being prepared for 2015 got the chance to make their debut earlier than planned.

As the players entered the pitch the atmosphere was amazing, the Thai venturing down for the first time to see Rugby League and the expats the chance to see if 2013 had been improved upon. Neither were disappointed.

As the referees started play the Thai boys charged straight into the line of Norway as if they had been doing this their whole lives. There was a kick for touch at the end of the first set of 6 tackles and the gameplan’s first objective had been reached. Get to the 5th and put the ball downfield.

The following 13 minutes saw both teams work through their sets at a strong completion rate, especially with the heat and humidity. It took a brilliant piece of dummy half play for Thailand to score their first International try and in the 14th minute Thailand was in front. Micky O’Brien converting his own try to take it to 6-0. A long way from his Wellington, NZ home Micky handled the heat well and gave the first International points for Thailand to Ratchaburi province.

The 25th minute saw our first ‘feel good’ moment of the game. Young flyer Wanmongkol Janewatanavit from Bangkok told of his training for the Rugby Union for the past couple of years without being allowed to take the field due to his small stature. His speed and footwork in the finish saw the boy that had impressed at every session in the lead up score out wide and the boys embraced him like he scored the winning points.

The Thailand line was very strong, with Norway battling to pierce it and in the end going wide quickly to try to catch out the smaller Thai men. Neither side of the Thailand defence was beaten. The players on the edges tackling in numbers and strongly. It was at this point that Norway knew they were in a game that they needed to play well to win. Thailand had improved substantially, 12 months of Coaching Clinics and visits to the provinces to unearth talent was paying off.

On 28 minutes halfback and Co-Captain Steve Lesina dummied at the line and the heavens opened, a run of over 20 metres resulting in a try under the posts and Micky O’Brien converted to push Thailand out to a 16-0 lead. Norway was suffering in the heat at this stage but with one player on the bench injured not to return their bench was to be tested further. Norway continued to hold Thailand that were completing sets and asking questions in attack. It took until the 33rd minute to see Ubon forward Natthawat Khomchiap crash over on the edge of the ruck in a well constructed try. With the conversion waved away the score remained 20-0 to Thailand at half time. The band returned to get the crowd dancing during the break and players were given 15 minutes to handle the heat after a brief discussion with the referrees.

The scoring did not take long with the Chiang Mai fullback Peera Sawangwan going the distance to score his first try of the day in the 41st minute. His work at the back was outstanding and with only 6 handling errors in the opening half Thailand was looking much sharper. Only 7 minutes passed before Thailand hit 28-0 with Pruksa Chaisoongnern crossing. Micky O’Brien converted to take Thailand to 30-0. A solid shot on Norway fullback Nils Haigh saw the Norway bench reduced again. By this point the two teams were looking for energy reserves as the humidity intensified with rainclouds approaching.

Only 3 minutes later Matt Colgrave took on the tiring Norway defence and powered through to score his first points for Thailand in the 51st minute. The try was converted by Micky O’Brien to take Thailand out to a convincing 36-0 lead. A failed intercept and a charge by Co-Captain Nisachai Maneesai that resulted in a strong Norway tackle into touch saw Norway for the first time since the opening 10 minutes with multiple sets in the Thailand 30 metre area. The end result a good team try to Norway’s Peter Engeland and a successful conversion taking the score to 36-6.

Norway were now throwing the ball around looking for gaps and the Thailand defence had to aim up. They were equal to the task and kept Norway scoreless for the last 25 minutes. The 54th minute try to Norway was their only breach of a defence with patterns learnt only days before. Thailand showed commitment and desire to keep their line intact and one small lapse was the only blemish on that record.

Fullback Peera completed a great backline movement to score in the 63rd minute taking Thailand to a 42-6 lead after the conversion by Micky O’Brien. Peera showed he was listening to instructions at the halftime break with a remarkable try to complete the day’s scoring in the 70th minute backing up in the middle.

Both sides held each other over the final 10 minutes as fatigue affected both teams. This team saw players from Bangkok, Pattaya, Samut Prakan, Chiang Mai, Ubon Ratchathani, Sydney, Wellington NZ, Cairns and Brisbane play together, working with language issues of different dialects and still finding a way to communicate effectively. Strong displays by Carlin Millar, Supawat Chatsakulsri, Nattawat Khomchiap and Pachara Pearodwong were backed up with guys playing the game for the first time in Tawan Shamsanor, Pongprai Konghorn, Pruksa Chaisoongnern and Kitipat Longlaloeng. The halves Lesina and Colgrave steered the boys around the field well off the back of the forward pack dominating the Norway forwards.

This result was definately 1 to 2 years ahead of schedule but with guys like Nisachai playing to levels even surprising himself and Nattharan Junkeaw working tirelessly it was an amazing result for the Thailand National Team in only it’s second appearance against a team ranked 19th in the world. The Norway staff singled the backs in Peera Sawangwan, Weerapong Noojareon, Phanum Thadadolthip and Wanmongkol Janewatanavit for their lightning speed and their ability to avoid being pushed into touch with plenty of attention from the Norway defence. Peera Sawangwan was Man of the Match and Thailand crowned Eurasian Cup Champions in 2014.