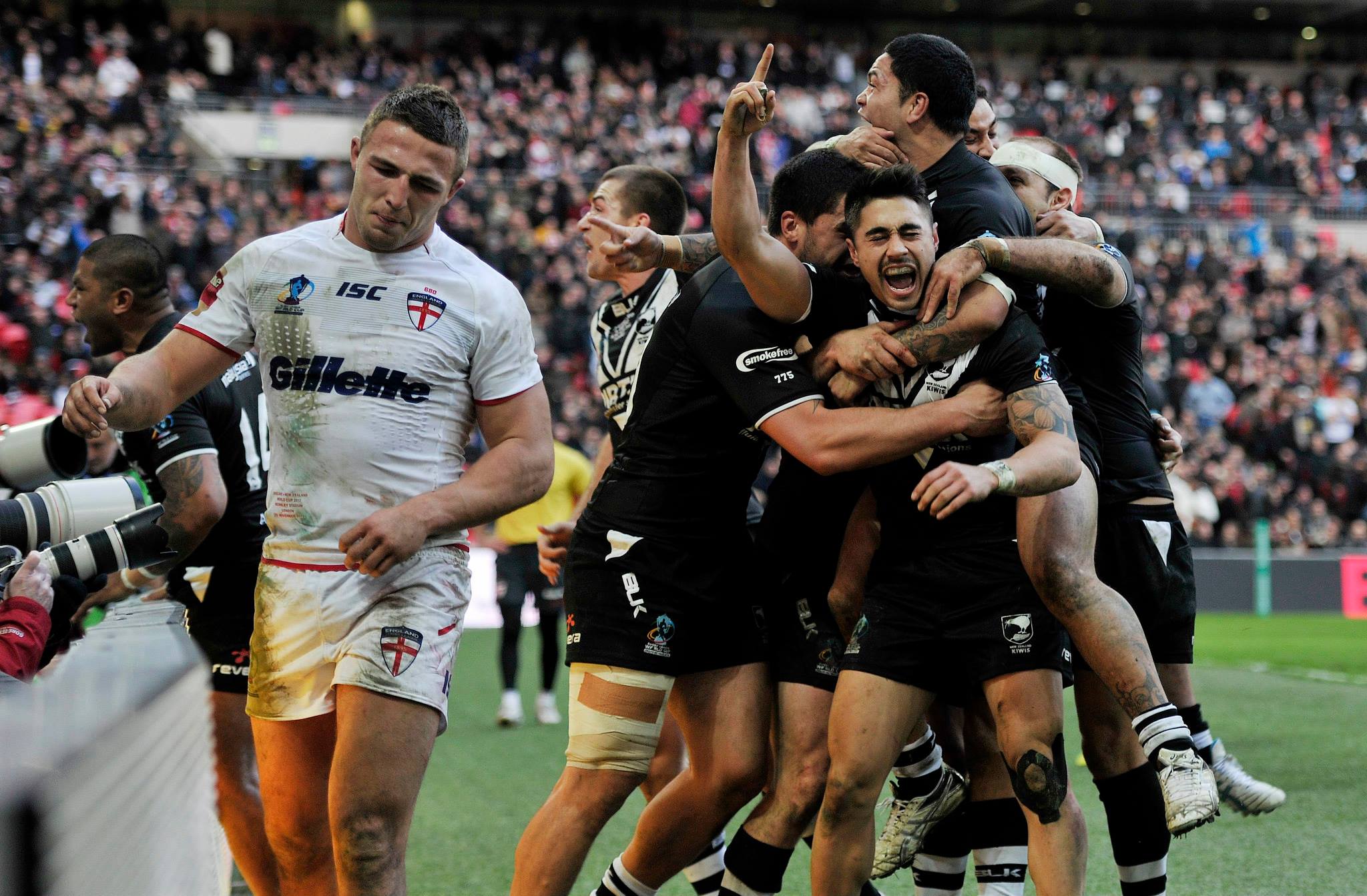 The tour will feature three games against England, replacing a proposed French tour to New Zealand.

In England, the series is being billed as the first opportunity for the home side to avenge their heart-breaking World Cup semi-final loss to the Kiwis at Wembley last year. On that occasion, NZ five-eighth Shaun Johnson converted his try after the final hooter to steal victory and a spot in the final.

“We’re excited to return to the United Kingdom, which is still buzzing from the success of that World Cup tournament,” says NZRL chief executive Phil Holden.

“It will give us another chance to build on the intense rivalry between these two sides and will provide the Kiwis with another important stepping stone as we build towards the next World Cup in 2017, co-hosted here and in Australia.”

The tour means New Zealand and England will face each other through four consecutive years in the World Cup build-up. They are already scheduled to clash in the 2014 and 2016 Four Nations tournaments.

“Whenever we’ve toured there in the past, it has proved very challenging in terms of facing England on home soil,” says Kiwis coach Stephen Kearney. “The World Cup was really the first time we’d won there in quite some time.

“When you look at the way their players have continued to develop in the NRL, you can see it will be a real contest and vital towards our preparation for the next World Cup.”

New Zealand will also host England in Dunedin this autumn, but England coach Steve McNamara is already looking forward to the Kiwi tour next year.

McNamara says: “We are looking forward to welcoming the Kiwis in 2015 and building on the rich tradition of international rugby league between the two nations.

“A three-match series against a team like New Zealand will provide an intensive test for us and, as history has shown, is guaranteed to bring out the best in the England players.

“After the massive crowds we had behind us in the World Cup, it’s going to be great to play on home soil again, and I’m sure the Kiwi tour will provide a memorable end to what is going to be a momentous year for the sport in this country.”

“Following on from the Four Nations in Australia and New Zealand this year, we were keen to give our fans the opportunity to watch England at home and I am sure the Kiwi tour will be a huge drawcard.

“The semi-final between England and the Kiwis in 2013 was one of the best international games between nations who have a history going back to 1907, and we are in for treat when these two teams meet again.”

While disappointed that the planned French visit to New Zealand would not take place, Holden hopes to confirm a test there as part of the northern tour to fulfill New Zealand’s commitment to that relationship.

“France are another of our traditional rugby league rivals that we are committed to supporting. We must continue to engage and nurture them, if we’re serious about growing the game internationally.

“Facing them on home soil would present quite a different challenge for the Kiwis and that can only be positive for the international game overall, and for France’s development and preparation in the long term.”